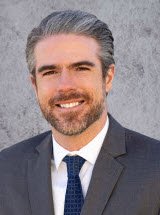 In practice since 2005, Bill Groh is an experienced Colorado commercial litigator with a focus on intellectual property claims.  Bill Groh has handled a wide variety of complex cases for individuals and small businesses and can offer the type of focused approach not always emphasized at larger law firms.  Attorney Groh can help you identify the key issues in your case and develop an economical approach to help you achieve your objectives.  Attorney Groh was named a “Rising Star” by Super Lawyers for Intellectual Property litigation for 2015 through 2020.

Attorney Groh frequently handles matters involving both intellectual property and commercial litigation issues, including trademark infringement, copyright infringement, trade secret infringement, civil disputes involving breach of contract, business partnerships, allegations of breach of fiduciary duty, conversion, civil theft, actions for dissolution of partnership interest, and other such disputes that are increasingly common in modern business. He has successfully tried cases to verdict in state and federal court. Examples of cases that he has handled include the following:

Attorney Groh achieved the successful resolution of a dispute on behalf of a member of a limited liability company with deadlocked management and inability to conduct dissolution proceedings without court intervention.

Other Business and Civil Litigation Matters